Plans for a ‘gigafactory’ in Blyth to produce batteries for electric vehicles could be the largest investment in the North East for a generation.

When Peter Rolton became chairman of Britishvolt – the company hoping to set up a 3,000-job ‘gigafactory’ making batteries for electric vehicles in Blyth – it was a homecoming of sorts.

Mr Rolton had grown up at East Boldon, South Tyneside, but when his parents moved to take over the Post Office in Longframington, Northumberland, he finished his education at Morpeth’s King Edward VI School, before doing an engineering degree at Newcastle Polytechnic.

He took on the chair’s position at Britishvolt following a successful career which has seen him heading his own engineering company and advising the Government on renewable energy and low carbon technologies.

But the circumstances of him taking on the role – previous chair Lars Carlstrom had to resign after a conviction for tax fraud in his native Sweden came to light – added to the doubts some people have around the venture.

For many, the building of a £2.6bn factory by a company that was only formed just over a year ago, and which currently has no customers, raises more than a few questions.

To come to fruition, the company needs to raise around £1.6bn from private and public sources – no mean feat in a pandemic that has put the economy into its biggest contraction in centuries.

But Mr Rolton insists the project is happening at the perfect time – and in the perfect place – to succeed.

The choice of the former Blyth Power Station site came after Britishvolt had initially chosen another location in Wales.

Mr Rolton’s engineering group was involved in the search for sites and he insists that the land in Northumberland – the power station’s former coal yards – offers the perfect location due to the still-existing grid connection for what will be an energy-hungry operation.

It has long been said that the UK’s automotive industry needs gigafactories to make the batteries needed as petrol vehicles are phased out and electric vehicles introduced. The post-Brexit trade deal, which means vehicles can only be classed as home-produced if 55% of parts come from either the UK or the EU, increased the need for home production. (The same rules of origin meant Nissan having to increase production of batteries in Sunderland for its high-end Leaf, having previously imported them).

In addition, the Government’s move to bring forward the date when the production of petrol vehicles had to be stopped from 2040 to 2030 has improved Britishvolt’s case.

“All the names in motor manufacturing are in touch with us now, wanting to have conversations about battery supply,” Mr Rolton said.

“If you look at what the Government did last year they reduced the date for sale of combustion vehicles from 2040 to 2030. So if you are a car manufacturer, and they typically work on seven year cycles on their project, that has thrown them into a bit of a panic.

“They’ve got to very quickly switch from a traditional combustion engine to 100% EV in terms of what they manufacture. That’s a big change.”

Having worked with Advanced Northumberland, the development arm of Northumberland County Council, on the Blyth site, Britishvolt will submit a full planning application in March and hopes to start construction in August or September. If all goes to plan it will produce its first batteries by the end of 2023.

The company has begun a charm offensive in the local area with a mail-drop to people and businesses in the Blyth area, hoping to get backing for its plans.

Major challenges remain, however, starting with the amount of funding to be raised, and then the perception of the business as a start-up. The company remains bullish on both issues.

Mr Rolton said: “I’ve seen one or two comments about ‘where’s the money coming from?’ and ‘how are they going to raise all of that?’. That is all in hand, we’re firmly on track with our fund raise for this.

“This is a market space that I would say is like the early days of Apple or Amazon where you’ve got a new, disruptive, transformational technology and manufacturing industry that’s come to market. The difference is that the legislation means the market is definitely going to be there.

“So it’s not a question of building something and hoping people are going to buy it. The market is there and the OEMs (original equipment manufacturers) need supply. The Government’s just knocked 10 years off the window for them to do that, and don’t even think about buying batteries from China because you’re not going to be able to.

“If you think of stars aligning and why this has to happen, it’s the perfect time for us. All those things are in the right space.”

As well as hitting the Government’s green agenda – an attraction to many institutional investors too – its location in Blyth is a perfect match for the Conservatives’ levelling up agenda.

Mr Rolton said: “We see ourselves very much as part of the agenda to level up the North. I was actually brought up in the North East – my formative years were in East Boldon. I can remember Sunderland Airport when it was still n airport and not the site for the Nissan plant.

“Later my parents decided to run the post office in Longframlington, which was absolutely great but not when you’re a teenager like I was! I went into school in Morpeth, King Edward VI school, and I went to Newcastle Poly to do my engineering degree.

“The chance to come back to the North East as part of the Britishvolt team – a project like this which will be transformational for that part of the county – I’m bursting with enthusiasm and pride to be part of something like that.”

Mr Rolton said Britishvolt was committed to an extensive training programme to make sure local people had the skills to fill the jobs on offer at the plant, both in its construction process and in the factory itself.

“You’ve probably seen that video that the Royal Navy did about Blyth where that young lad goes to see the world,” he said: “I want people born in Blyth to stay there because it’s a great place to be. He comes to work in our factory and gets a good job and a good career. That’s the goal we’ve set ourselves – to be a good employer and part of that is going to be train, train, train to level up the workforce.” 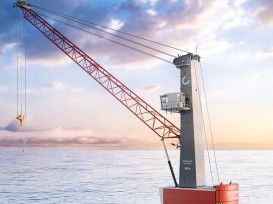 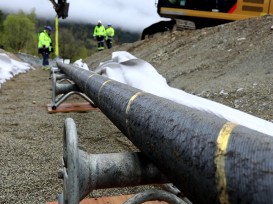 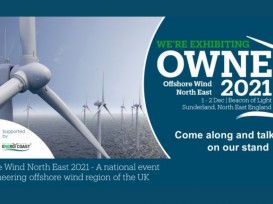 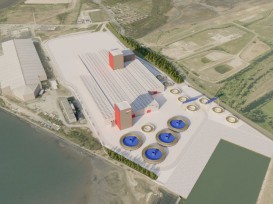